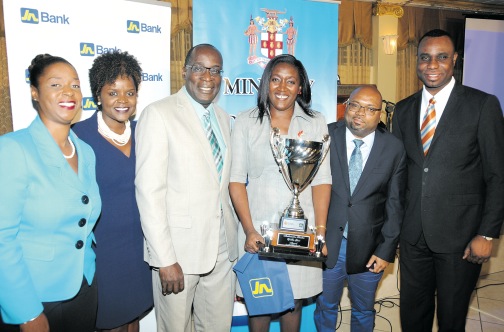 JIS: The Ministry of Education, Youth and Information intends to strengthen the number of mathematics specialists in primary schools, thus assisting children to develop a better appreciation for mathematics at a young age.

The announcement was made by the minister, Senator Ruel Reid, at the National Mathematics Teacher of the Year awards ceremony at the Mona Visitors’ Lodge at The University of the West Indies, on Monday. The minister commented that there are not enough teachers specialising in mathematics in primary schools, noting that the focus of teachers in the primary system is often too broad.

“What we have when we look at the primary sector…are generalists; that’s part of the problem,” Senator Reid said.

He noted that there was a tendency for teachers at the primary level to be stronger in English and the social sciences, leading to better student performance in those subjects. He said that in order to compete with the rest of the world, including Asia and Europe, Jamaica needs better trained mathematics teachers and noted that although the ministry has implemented initiatives such as scholarships for people wishing to pursue a teaching degree in mathematics, they will take time to bear fruit.

“As persons retire from the education system, we have to bring some specialists into the primary system to make sure we have a very strong start,” he outlined, noting that maths teachers will also have to leverage technology to improve teaching and learning.

He raised that point within the context of the ministry’s overall thrust to increase the deployment of maths coaches to primary and secondary schools from 40 to 70 in recent times; and the provision of 168 scholarships to student teachers pursuing secondary mathematics education. This is in addition to 30 scholarships granted last year, and about 200 scholarships which have been made available for 2017.

Some 150 principals and heads of departments have also been trained in mathematics.

“If we were to solve Jamaica’s maths problem that would lead to some unleashing of some high-level trained Jamaicans, attracting high levels of investment into this country,” Reid posited.

“If that were able to happen, it would see our GDP per capita moving from US$5,500 to US$60,000 per year. Teachers would have a big, fat salary and a big pension when they retire. Are you connecting the dots?” he asked the mathematics teachers in the audience.

Along the same vein, Permanent Secretary Dean-Roy Bernard underscored the economic importance of mathematics to development. He noted that although it’s the basis for science disciplines and even the social sciences, it’s also important to the arts and other non-science based studies and pursuits.

“For adults to function well in an increasingly complex world, they require a basic level of numeracy. These are important life skills that help with determining personal finance; financing a mortgage; budgeting and negotiating contracts; and handling data,” he explained.

Commending the work of the mathematics teachers in the audience, Dr Tamika Benjamin, national mathematics coordinator in the ministry said there is need for a culture change in the attitudes towards maths in the country, pointing to the overwhelming fear of the subject.

“Each day I go about my personal and professional business, I encounter personal experiences that just show how important it is for us to change this culture that permeates our classrooms and impacts the ability of teachers to help our children learn even the simplest things,” she said.

Dr Renee Rattray, senior manager, learning, development and culture at The Jamaica National Group, the parent company of the awards’ sponsors, JN Bank, said teachers need to find a way to engage students so that they think about mathematics differently. In reference to the recent launch of JN Foundation’s Science Genius Jamaica project, which allows students to create dancehall songs using purely science and mathematical content, she says the teaching of mathematics needs to be applicable.

“We, therefore, need to make mathematics real for students because it’s not as foreign as we think,” she said.

The award is a joint initiative of the Ministry of Education and JN Bank.