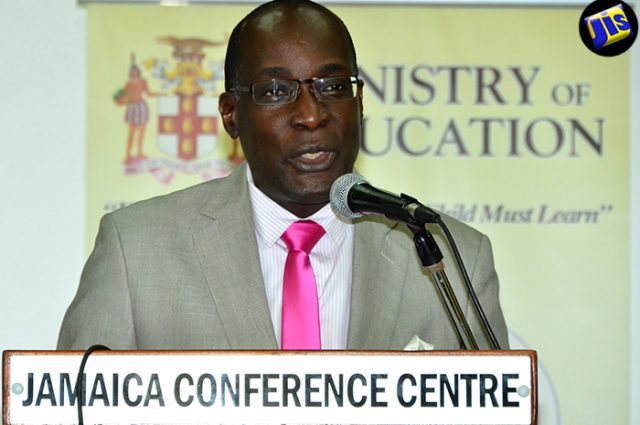 JIS: Minister of Education, Youth and Information, Senator the Hon. Ruel Reid, says that all is in place for the start of the 2016/17 academic year on Monday, September 5.

“We (had) started the period of preparations from early and, certainly, where the secondary (schools) are concerned, they were way ahead because we started from June,” he said in an interview with JIS News.

“Where the primary and the other categories are concerned, we have also delivered all that we need to in terms of funding,” he noted further.

Minister Reid informed that furniture is being distributed to schools that require such items, adding that “a lot of infrastructure and maintenance work has occurred”.

Turning to the matter of textbooks, Mr. Reid said these are also being disseminated to schools.

“We are looking forward to a very smooth start of the school year and, of course, a very exciting and productive school year,” he told JIS News.

The Education Minister said that while he does not anticipate any major problems for the start of the new school year, if issues arise, they will be promptly addressed.

“I am not expecting any hiccups, but in human systems there will always be (glitches), but I think those will be very minimal and we will respond to those concerns if they exist,” he said.

The School Feeding Unit has as its responsibility the management of the two components of the School Feeding Programme. Through the programme, the unit provides nutrition support in the form of meals and nutribun snacks to encourage greater and more...
read more